Hey Guys,
So remember the pictures from Tuesday?  Did you attempt them at all?
Well the answers to them are  Human, Droid – Droid – Robot – Drone.   Did you get them right?
WELCOME TO TERRIFIC THURSDAY
We have an amazing day planned for you.  At lunchtime in the Main Quad, there will be science demos performed by a couple of the students in the science club.

So those of you who flew the drones on Tuesday found out how to control them.  Here is a little about how we use them.

There are many types of drones as I bet you knew but did you know that there are recreational drones? Now remember how drones are unmanned aerial vehicles without a pilot on board, the majority of these drones are designed to carry a camera and are controlled either autonomously by on-board computers or by a remote control. Drones have been on show at the 2016 Consumer Electronics Show [CES] in Las Vegas and typically it had cameras with 4k resolution which means the display has a horizontal resolution with 4,000 pixels. It means that it has the standard for an Ultra High Definition that televisions use. This gives the cameras and the viewers a better, sharper pictures that are more engaging to look at.
​
If you are confused to what I am talking about then I mean this drone.
​
But what happens when things go wrong with the drones?
​There are quite a few things that could go wrong and bring danger to the pilot and people standing by. It takes training and skills to fly almost all drones, if not all, and if flown with an additional camera it possess privacy concerns for everyone. The majority of flyers fly their drones safely but some people might be tempted to fly drones when they aren’t meant to, some include in extreme measures bushfires, floods and more with a serious issue possibly being drones colliding with aeroplanes. Don’t believe me, the United States Federal Aviation Administration has received more than 25 reports of drones flying too close to manned aircraft. Pilots are now asking for testing with an aeroplane colliding with a drone to see what danger it holds.
There are some really bad records of drone collisions such as the UAV and the Harbour Bridge in 2013, as well as crashing into the White House setting off a security alert on the 26th January 2015. There have also been eyes lost and head injuries requiring stitching. But enough of the bad news and onto the
Police have been using drones for law enforcement in most states of Australia, YES, AUSTRALIA.
Drones are used to help fight crimes and assist in rescue missions. They are basically aerial surveillance cameras that can recreate scenes as well as helping find lost hikers 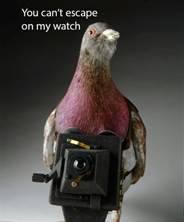 Today we have two videos

Hey Everyone,
Having a great week so far?   Did you all enjoy the year 8’s toys yesterday?

​During lunch today we have our Drone Robo Race, I hope some of you have signed up for the robo race because there will be prizes for the winners. This event will be taking place at the multipurpose courts down near the primary school and health care centre, if you don’t know where it is.  Today we have ASTON, BARRY, KENDALL and MULHALL flying the drone.

​Just a reminder that it is ‘SNUG AS A BUG IN A RUG’ day tomorrow so get in your warmest clothes.. and then come to the GBC at lunch for the Science Kahoot Quiz.. receiving free chocolate and lollies has never been easier.

To start today, let’s look at the difference between Drones, Droids and Robots?

​I might start by telling all of you about DRONES..
Drones have been around for a long time and can be traced back to the military. ​
It is considered the earliest models used worldwide. More recently military drones have been fitted with the missiles.

Simply all a drone is, is an unmanned aerial vehicle that is operated remotely, I guess you could call it a flying robot. Drones can be any size with an estimate of 1,500 different types of drones being made today or a range or reasons.
Now time for some ROBOTS..
​Robotics go back to the automations, it was a devise to predict the position of celestial bodies. The term ‘robot’ was first used by Czech writer Karel Capek in 1921in a play called ‘RUR’ or ‘Rossum’s Universal Robots’, you can look it up if you want but, SPOILERS, a man creates a robot to replace him then the robot ends up killing him.. sorry to all of you who liked the sound of the movie before I told you. 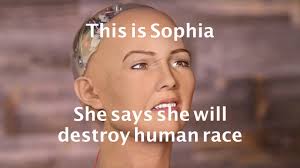 Robots are machines that are programmed to move. To make things more complicated, all robots are machines not all machines are robots, I bet that’s a brain twister for you. A robot is something that can carry out tasks independent of people.
So I hope you now know the difference between drones, droids and robots. I have a little quiz for you - the prize is knowledge (and bragging rights), the best prize of all. There are two pictures down below. Can you work out which is a robot, drone, droid or human? Have fun!

Every day this week you all shall be getting an email from us (the science club if that wasn’t obvious enough) with some interesting facts about robots and an update of what will be happening throughout the day.
Most of you probably won’t read through this email if it is really long so I am going to keep it short and FUN. As those people who have a (science) life they will know that it is ​

​ANYWAYS there have been some robots that have been identified as disruptive technology simply because in the future there may not be anything us humans can do that robots can’t. Even today you can find robots that have sensory powers BEYOND HUMANS.. let’s just say they are getting stronger and more dexterous and are more powerful than humans. NOW WAIT! Before you search up dexterous it simply means that they are showing skill especially with hands, nothing special right? *sarcasm*
​
So here are a couple of things that robots have been doing that have helped us in various ways.
​Please tell me who, other than an astronaut, has heard about the satellite that was launched to go to another galaxy entirely. Now hopefully we have the right planet because it is in the [goldilocks zone] and is only 10% bigger than our Earth as well as orbiting a red-dwarf. If I remember correctly this rocket is meant to land some time in the 2050’s.

Number 2 - Robots are helping surgeons around the world perform delicate operations that are requiring high-precision sensing and motion. One that not many of you may have heard of would be the ‘Da Vinci dual console surgical robotics system’. Basically what it does is give the surgeon a high definition view of the surgery going on inside the body - like a mini surgeon inside your body doing the dirty work of the professional on the outside of your body.
WARNING!! GRAPHIC CONTENT - Click to see THE SURGICAL ROBOT
SO what do we have for you this week?
﻿
MONDAY:  First off during tutor group we have a quiz - YAAAAAAAAAYYYYYY!!!!!!  Note that there will be prizes for the top 3 tutor groups.
Next, I hope you brought your wallets because we have CUPCAKES FOR SALE and who doesn’t like cupcakes? “When is this?” you ask, well let’s start the race at recess. It’s at the Main quad.
At lunch we have a toy fair. In lab 54 we have some of our year 8 students demonstrating toys they made. Now at lunch you are also allowed to make your own catapults from wooden splints and rubber bands.

Tomorrow and Friday we have a robo race so get excited. On Wednesday we have a Kahoot quiz where you could win a pizza lunch or take home some free chocolate. On Thursday the Normo Science Club will be demonstrating some amazing experiments!