LAST DAY OF THE WEEK! Who’s excited for the weekend? I know I am.

Who’s started the competition? So far we’ve only received one entry. Come on guys. There are three prizes to be won and at this rate, only one person will get something. It doesn’t have to be much, just a little something. If not, the science ghost will come haunt you in your sleep.

Earth. Space. Mars. Think this is possible? Think that one day a rocket could take off and land on an alien planet? Well the Space Exploration thinks this is possible and sees humans on Mars, the red planet we might call home part 2.

Walking across a land that we first believed we could only view at a distance, from another planet. And not just walk but live. Your new home on a planet without oxygen, the gas we need to breath. Still think this is possible?
With polls all over the internet, 33% of people thinks that this is possible and that humans will land on the red planet in 2023. Now this isn’t a vote of 87 people, this poll that I found had 89, 840 people who contributed, that means that 30,002 people say that they believe it is possible to land on mars.


I hope you guys enjoyed this more “futuristic” email of space travel. I also hope you enjoyed this week of science and my daily picks of knowledge.
​
Enjoy life and science week is out till next year…

​Who wants to see what the Earth could be like if we don’t stop DESTROYING our planet.
5. Cyber and nuclear warfare. This is possibly the scariest one on today’s email as one of the downsides of living in a high tech world is the rise of cyber warfare and cyber-attacks. May I make an example by saying Australia’s Cadbury Chocolate factory got attacked by the ‘Petya’ Malware. This may seem bad to chocolate lovers but let’s look at what got infected in other countries which would make ours seem pointless. 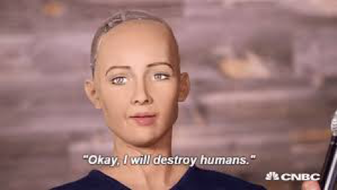 ​Here are 5 amazing, and quite possibly creepy, things that you NEED to know.  I now welcome you to 2050 where anything is possible.

1.  Our digital and physical worlds could be virtually seamless. We might have connected our bodies with AI to stop our metal creations from taking over us or our technology will be so advanced that it could just read our body language. Either that or the end of the world and we are all slaves.
​
4. Who has seen MIB? Is Men in black more familiar? Good because guess what, the first three to reply to this message will be recruited. We may have found many other planets with life and our planet is the hotspot for alien parties… or is it. Fred get the memory wipe.
Have an amazing futuristic week where anything is possible. See you in 2050!! I’ll be waiting right here...